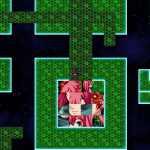 Hi everyone,
It has been about three months since the last update. I had some health issues and are still recovering. And after three months I wanted to let you all know what I have been doing in and around Crypchania…
Not much to be honest, I had a major mistake where I: Cntrl+H some bad spellings that didn’t go to well and I needed to restore that by comparing it with an older back-up. Well, lesson learned, never blindly replace words in java, PHP, ajax and html5.
So after this mistake and recovery, there may be some spellings mistakes back that was fixed earlier, I have put a few more quests here and there for you to try out and made a sliding puzzle as a new challenge for the puzzle fanatics. The sliding puzzle is part of a way to get some nice gear that would buff the states when you wear it as a full set.
The set is called puzzle (puzzle sword, puzzle shield, puzzle helmet…), obviously, the lack of fantasy strikes me sometimes- and the buff your character receives is called puzzled- “Don’t… Just Don’t-” It has the icon of a jigsaw piece at the status screen and during battles above their heads.

So if you are curious about the Blockchain shuffle puzzle; I have posted a video for the first puzzle at: https://youtu.be/cZbxTrTDBdY

I hope you all have a good holiday season and also a happy new year with all the new updates that I’m releasing somewhere around March 2020.