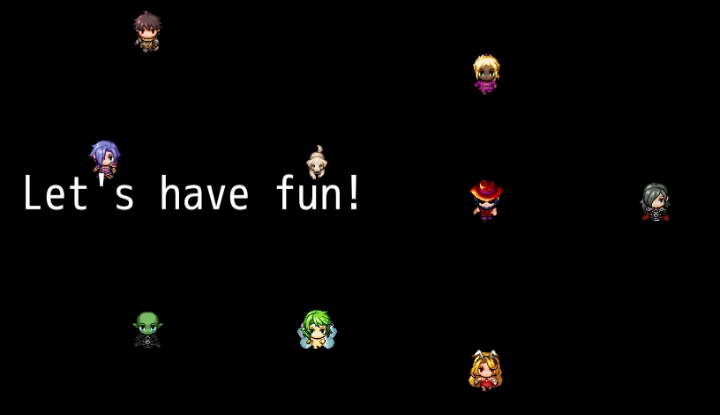 Most villages and towns are ready to be filled with npc’s (non playable charracters) or as I sometimes call them by mistake: Sprites. Where npcs are the sprites that gives you the info, items and quests. A sprite is a visual object in the map: like a tree, a rock and also a npc. That is sometimes pretty confusing because not every three or rock is a sprite.. huh what?

So the villages or towns that I have created for #crypchania getting occupied little by little by those npcs and there is also the bottle neck of the creativity of my own… how much npc’s could I create and giving them all their own identitie. This is what got me thinking: if all of them comes from one mind are they not all the same at the end. So I started analizing their behavior and the choise of words and quests they give…

And yes, they are all the same at some point. How hard I tried giving them behaviour and word choises of their own, it failed.

How to fix this? By observing others and there behaviour and creating npc of those who are observed. That will be a  very time consuming side project (quest) for a “one programmers show” like #crypchania.

I came up with the idea for just asking random people from social media if they are alright if I could create a sprite out of them to be walking arround in a village, castle or town. And just using some of the same content they have posted to create a npc with charrateristicks of their own where they could giving out some quests, stories or information to the player.

And thus here comes to power of google forms (link below). Where you can fill out the form and we create a charracter that fits the discription you provided about yourself.

Also if you want to become a charracter inside #crypchania give me a call, or rather a pm on facebook with some lines you want to say, a picture of your face and clothin and if you have a nice idea for a side quest I’m all ears.

But filling out the google forms will do for the moment.